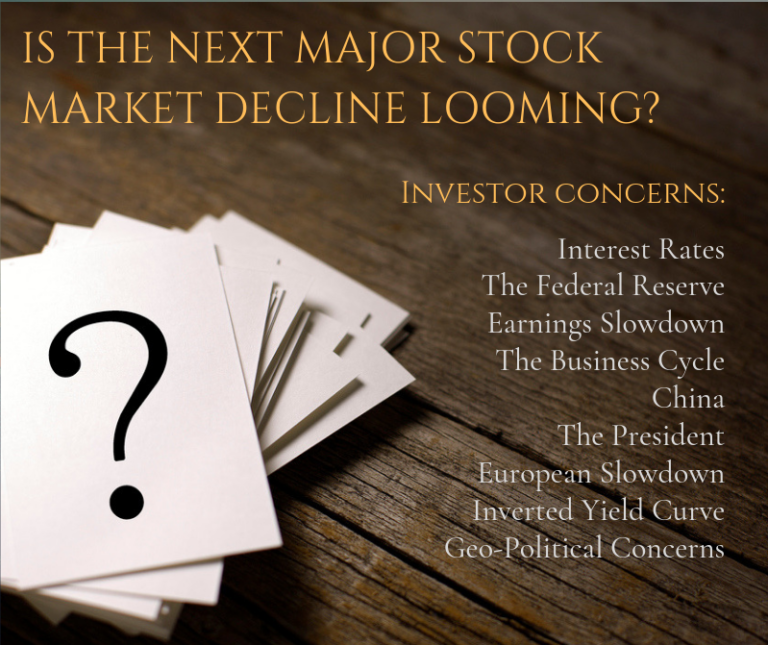 Financial market commentators seem to change their minds daily about the outlook for the stock market.  One day they are excited about stocks and the next they are worried.  They offer potential reasons for a looming decline like:

If you make investment decisions based on how the people on TV feel, you will probably lose money and go crazy in the process.  Rarely, will you ever see some of these experts dissect cold hard facts.

Fortunately, some of us look at the facts before offering opinions.

In early February, I watched financial market commentators scoff at this survey.  They said the “dumb money” must believe the market will go higher because the Bearish percent is well below the historical average.  Their conclusion: do the opposite of the dumb money and don’t buy anything right now.

Contrary thinking can be useful when investing but you must be looking at facts – not a survey of how people feel.  Surveys of investor’s feelings are worthless because it only tells you what they think – not what they are doing with their money.  Besides, you might be asking the wrong people.  Maybe your sample size is too small, or you may be asking people who don’t manage large sums that can move the market.  The bottom line, it takes a different set of data to see what people are doing.

WHAT ARE INVESTORS DOING WITH THEIR MONEY RIGHT NOW?

Go back a bit further to the summer of 2016 when interest rates hit a 35-year low, and the picture is even more dramatic.  Investors have pulled almost $200 billion from stock and put nearly $600 billion in bonds.

WHY IS FUND FLOW DATA IMPORTANT?

Simply put, stocks don’t typically suffer major declines when nobody is buying them.  I believe that stocks tend to go down when everybody already owns them and you see people celebrating about the money they’ve make.  When people become euphoric about the money they are making in stocks and stock prices are rising rapidly well beyond reasonable price targets, it is usually time to begin selling.

Do you remember the internet bubble of 2000?  In the 12 months leading up to March 2000, investors bought $181 billion in U.S. stock mutual funds and only $18 billion in bonds.  I remember conservative investors calling me to buy internet stocks in March 2000.  I tried to stop them, but they couldn’t stand not being part of the party.  Later that year, the NASDAQ index, which is primarily technology stocks, began to decline.  It lost over 70% in the next 2 years.  The moral of the story here is to do the opposite of the herd when the data gets extreme.

By the late summer of 2002, the NASDAQ had cratered over 70% and the tide of money had turned.  Investors had abandoned stocks and were piling in to bonds.  At the bottom of the stock market in 2002, $54 billion had come out of stocks and nearly $150 billion flowed into bonds.   It was time to do the opposite of the herd and buy stocks, but few people did.  The reason is simple – people are like buffalo and they feel most comfortable doing what other people are doing.  When fear is pervasive, it is difficult to stand up and do the opposite of everyone else.  The graph below right shows what the NASDAQ did in the next year after investors abandoned stocks.

Investors are sometimes unwitting financial victims of their own emotions.  Money is a personal thing that we feel we should innately understand.  When investments behave contrary to our expectations, strong emotions like fear or euphoria can dominate our thoughts.  Emotions tied to money can be debilitating but, if you understand the emotional cycle and you can anticipate it, you may be able to break free of the emotional roller coaster.  You may even be able to use your newfound knowledge to your benefit by doing the opposite of the masses.

WHAT CAN YOU DO?

Look at the data periodically to see what the herd is doing.  Right now, investors have been net sellers of US stocks for over 2 years.  I will become concerned when I see massive in-flows to stocks and very small or negative flows going to bonds.  To be clear, the current data does not mean that the market will not fluctuate and sometimes wildly, or that indiscriminate buying of any stock will work, but it does indicate to me that we are nowhere near a major top in stocks that will lead to a cataclysmic drop in all stocks.