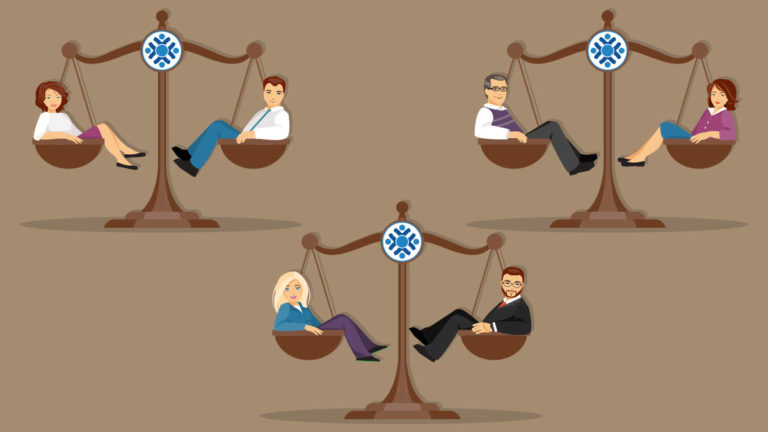 For most people, divorce is an emotionally exhausting process, and, without proper planning, the financial impact may be devastating.

I believe that the most common mistake in divorce financial settlements is simply splitting the marital assets and finances 50/50 instead of EQUITABLY.  You may be asking, “What’s the difference?”  To me, the definition of marital assets should be broadened to include not only the “stuff” that has been accumulated during marriage but also the intangibles that don’t fit neatly on an asset inventory.  What I am talking about is earnings power.

Here’s what I mean by earnings power.  I joke with my friends that I have 2 children, but my wife has 3.  If you include caring for me and helping me manage my life, my wife has 3 children and I know I’m a handful.  All too often, women who stay at home caring for children and their spouse fall behind in the workplace.  They lose touch with new office technologies, processes or simply not being connected to other people in the workplace who can help advance her career.  A spouse who stays at home frequently affords the ability of the working mate to escalate their career well beyond where one might be if they were a single parent.

Divorced wives can face financial ruin because they do not have the capacity to ramp up their income to anything close to their pre-divorce lifestyle.  A stay at home mom can end up thinking they “won” because they were awarded half of the marital estate and still end up liquidating assets to maintain her lifestyle.  She may end up financially ruined in a few years while her ex-husband goes on to easily rebuild his net worth because of his superior annual income.

I think there may be a better way of framing the financial argument to include the intangible value of earnings power.

Imagine for a moment that Tom and Lisa, both 50, have been married for 25 years.  They have 2 daughters who are 21 and 18.  The 21-year old is finishing college soon and the 18-year old will be starting soon.  The couple saved enough to put their daughters through college but the 18-year old has suffered severe allergies for over 10 years.  Lisa has spent an inordinate amount of time caring for the daughter including weekly doctor’s appointments, therapy, sick days from school and so on.  To keep things financially simple for our scenario, the couple rents an apartment for $5,000 per month and has $1,000,000 in investments (half in a brokerage account and half in Tom’s retirement account).  Tom is an executive who earns $400,000 annually.  Lisa is unemployed but has a college degree in Chemistry.

Here’s the problem.  Even if Lisa gets additional college training to upgrade her skills, she is still a 50-year-old with 20 years out of the workforce.  And, if she leads a modest lifestyle and saves frugally, she will never achieve lifestyle parity and may end up exhausting her financial assets if she remains single.  Meanwhile, Tom’s career accelerates along with his income and net worth because he benefits from her sweat equity investment in his career.  Not exactly fair.

I think there is a better way to look at the marital assets.  First, I think of Tom’s career and income earning ability as the largest asset in this equation.  His income earning ability is like an annuity that will pay out until he retires or is disabled.  I also view Lisa’s time invested in caring for her daughter and family as an asset with real value that added to Toms ability to increase his income.  The couple created this value together over 25 years and I think they should share this value creation equitably.

I know this idea is unconventional, but it merits consideration because I have seen several times when a divorcee who stayed at home to care for the family was financially destitute in 10 years or less because of a settlement that only valued the tangible assets.  My idea is not without prescient however.  A similar assertion was made in Wendt vs. Wendt, 1997.   Perhaps this discussion can spur change that is more equitable for stay at home spouses.